Kyoto was Japan’s ancient capital; the city has managed to keep its historic districts intact despite the ravages of time, war and neglect. Fast forward to today. Kyoto is a city where old and new collide; in-between the concrete jungle are temples and shrines that are centuries old. Exploring will make you feel like you are time traveling.

You’ll have a difficult time deciding which temples and shrines to visit because there are more than a thousand of them! If you’re planning to visit these ancient structures, here’s a shortlist of beautiful ones to include in your itinerary.

This shrine is probably the most recognizable in Kyoto. Its bright red gates that climb up the hill is one of the first few pictures you’ll likely see when you do a quick search of Kyoto. The grounds have been a place of worship for more than a thousand years. The gates and the statue of foxes you’ll see in the premises are symbols of power and bountifulness the Inari god possesses and gives to worshipers.

While in Arashiyama, visit this UNESCO World heritage site temple. The design of this temple’s garden has been the same for seven centuries. The fetching landscaping will immediately capture your attention, especially in autumn when the colors are vibrant. The views of the surrounding mountains on a clear day add to its beauty. The temple is a fine example of “borrowed scenery” or shakkei.

Chion-in will grab your attention at first with its enormous san-mon gate. The walk up to the main complex will make you feel like you entered a time warp. The halls in the compound are simple yet grand, reminiscent of a different epoch. The area is quiet, especially in the late afternoon; the serene ambiance is perfect for contemplation or just to take a break after exploring Kyoto’s main attractions. One tidbit about this destination: the staircase you climbed was a set for the hit movie “The Last Samurai” starring Tom Cruise.

This destination has a famous Zen garden that has a group of rocks seemingly placed at random. Ryoan-ji has been around for several centuries, yet no one has deciphered the meaning of the rocks’ placement. Take a walk around and soak in the ambiance created by the temple. It is a very popular place, especially the rock garden, a representation of karesansui (dry landscape). It can get crowded at different times of the day. This is also a good spot to see the colors of autumn. 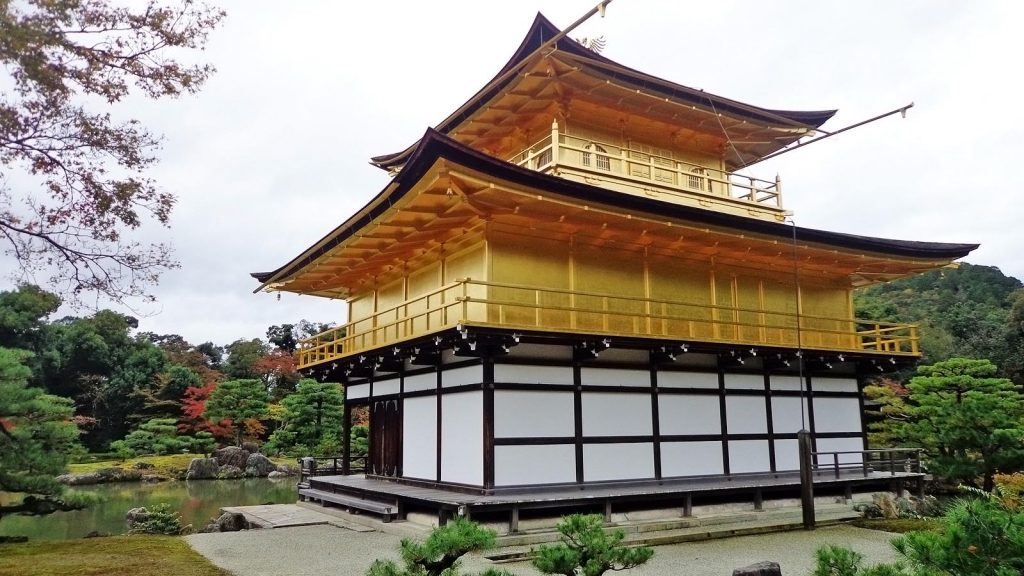 Kinkaku-ji or Golden Pavilion mesmerizes visitors with its distinct color and image reflected on the clear pond like a visage of a bygone era. The temple dates back to the late 1390s when Ashikaga Yoshimitsu had it built. The three sections of the temple represent different architectural styles: the first part follows Heian palace design, the second represents samurai house aesthetic, and the third follows Zen Buddhist style buildings. Kinkaku-ji is one of the most famous destinations in Kyoto. Autumn is an ideal time to visit.

You can find this beautiful shrine in Gion; locals and tourists alike make their way to the shrine to seek protection from illnesses and evil. They also leave offerings and say prayers for success, to find a partner and others. The shrine has a long and storied past; it was built in 656 more than a century before Kyoto became Japan’s capital.

An aristocrat had a vision of recreating the image of heaven when he had Byodoin Temple built during the Heian Period. The complex displays the affluence of the Fujiwara clan. The story of the temple dates back to 1052. The building and the statues of Buddha found in it were made several centuries ago. The complex is now recognized as a World Heritage Site. The most striking building in it is the beautiful Phoenix Hall.

Known as one of Kyoto’s oldest shrines, Shimogamo is a must-visit for history junkies. The complex is surrounded by a lush forest where you can think and enjoy nature’s serenity. It is recognized as a shrine that celebrates the beginning of everything. As you explore the grounds, you can’t help but feel its holiness. Reconstruction of the shrine took place in the early 1860s; it has withstood the test of time and is a reminder of Kyoto’s rich cultural heritage.

Tofuku-ji is one of Kyoto’s Five Great Zen Temples. Its more than 20m-high gate is one of the oldest in the country. The buildings you’ll see in the complex date back to centuries ago and are cultural icons of Kyoto. The main structures of the compound are the Kaisan-do Hall, the chief priest’s quarters, Tsutenkyo Bridge, Reiun-In Temple, and Ryogin-an Temple. 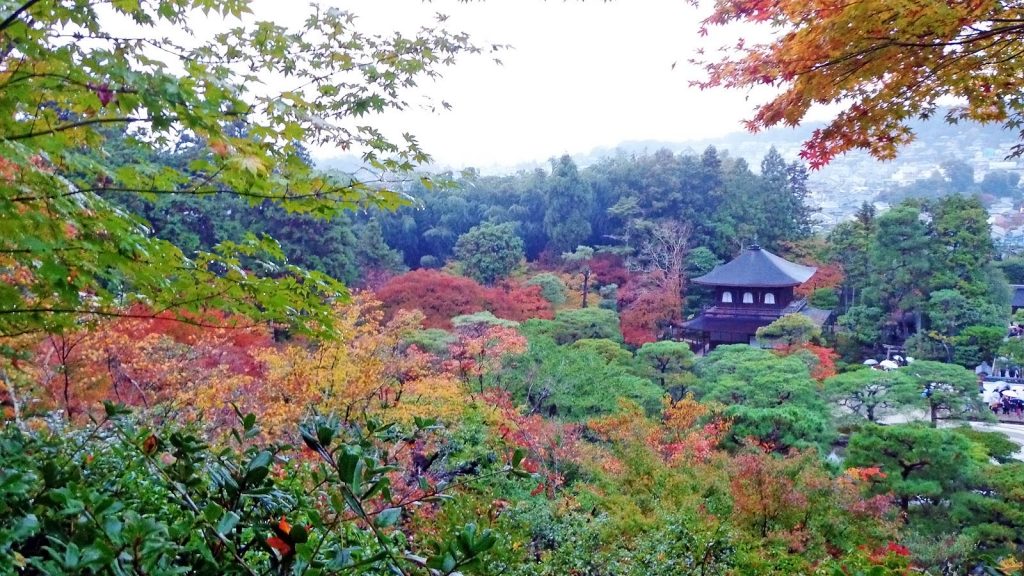 Also known as the “Silver Pavilion” Ginkaku-ji is a temple you should include in your itinerary, especially if it is your first time in Kyoto. The temple is lovely during autumn when the reds, yellows, and greens color the surroundings. The temple was built late in the 15th century and was the center of Higashiyama Culture centuries ago.

See Related Article: Top Things to Do in Kyoto