You might have a different picture of Hiroshima from your history books: a city in rubbles because of World War II and the atomic bomb explosion in 1945. Upon setting foot at the city, however, you’ll soon realize that Hiroshima is as modern and as bustling as Japan’s other key cities.

Hiroshima Station, one of the busiest stations in the prefecture, is the gateway to other cities in the area as well as to those along its fringes. It also connects and transports tourists to several destinations and attractions within the city. If you’re planning to travel by land during your trip, several buses make a stop at the Hiroshima Bus Center which allows you to venture out into other cities as well. Should you decide to spend some time exploring the city of Hiroshima, we’ve made a list of a number of attractions and activities you can visit and do during your stay.

Having a reliable internet connection can help you save time and money. You’ll need this to access Hyperdia or Google Maps as you explore the city, converting yen to your currency and translating signs.

Klooks offers an unlimited 4G LTE pocket wifi service that you can pick up at Kansai Airport and return it to any major airport in Japan. It can also connect up to 14 devices which everyone in your family or group can use. You need to reserve before your trip because they run out quickly.

You can find the Hiroshima Peace Memorial Park near the central area of the actual atomic bomb explosion that happened in 1945. In case you were wondering, the main reason the area became the target of the attack was because, back then, it was part of the trade district of Nakajima. It was also where most residential houses were found.

The memorial park was built to commemorate the lives lost during the war, and stand as a reminder of the terrifying effects of nuclear weapons. You will find several museums, monuments, and memorials built to serve as a lesson to future generations to always choose peace instead of war.

How to Get There: From JR Hiroshima Station, ride either Tram 2 or Tram 6 to Genbaku-Domu Mae Station (A-Bomb Dome Station).
Travel time: Approximately 15 minutes
Fare: ¥180.

Unlike most castles in Japan which are either on top of a hill or resting on a higher ground, the Hiroshima Castle sits on a plain. Constructed in the 1950s, it was where the feudal lords dwelled. It was nicknamed the “Carp Castle” because of the area where it was built: Koi-no-ura, meaning “Carp Sea Shore”.

After being destroyed in the atomic bombing, the castle was reconstructed, retaining several of the original materials like the concrete walls and the foundation. Considered one of Japan’s National Treasures, the five-story structure has a roof deck that affords a bird’s eye view of the city. It is also situated inside the Chuo Park where you can also find the Hiroshima Museum of Art, the Hiroshima Children’s Museum, and the Gokoku Shrine.

If you’re planning to go in spring and catch the cherry blossoms, the castle grounds is one of the best spots to do so. A sightseeing boat tour is also available which will give you a different perspective of the castle and its grounds. This activity is available in the morning, mid-afternoon, and late afternoon. Admission fee costs ¥1,400 (adult), ¥700 (student), and ¥350 (children).

How to Get There: From JR Hiroshima Station, ride the tram (Tram 1, 2, 6) and get off at Kamiyacho-nishi/Kamiyacho-higashi stop. From there, walk for around 10 minutes going to the castle ground. Travel time is around 20 minutes (tram and walking). The cost of the tram ride is ¥180. If you’re coming from the Hiroshima Peace Memorial Park or the Shukkeien, walk straight to the castle for 10-15 minutes.

A trip to the Land of the Rising Sun is never complete without trying the gastronomic offerings. Each prefecture has its own way of preparing traditional Japanese dishes. Why not try variations of your favorite Japanese food from each prefecture you’ll get to visit?

If you want to do more sight-seeing, you can visit the Itsukushima Shrine complex in Itsukushima Island also known as Miyajima (“shrine island”). You can get to Miyajima within an hour from Hiroshima’s downtown area either by train or tram. It is a recognized UNESCO World Heritage Site and is known for having one of the best views in Japan.

How to Get to Miyajima 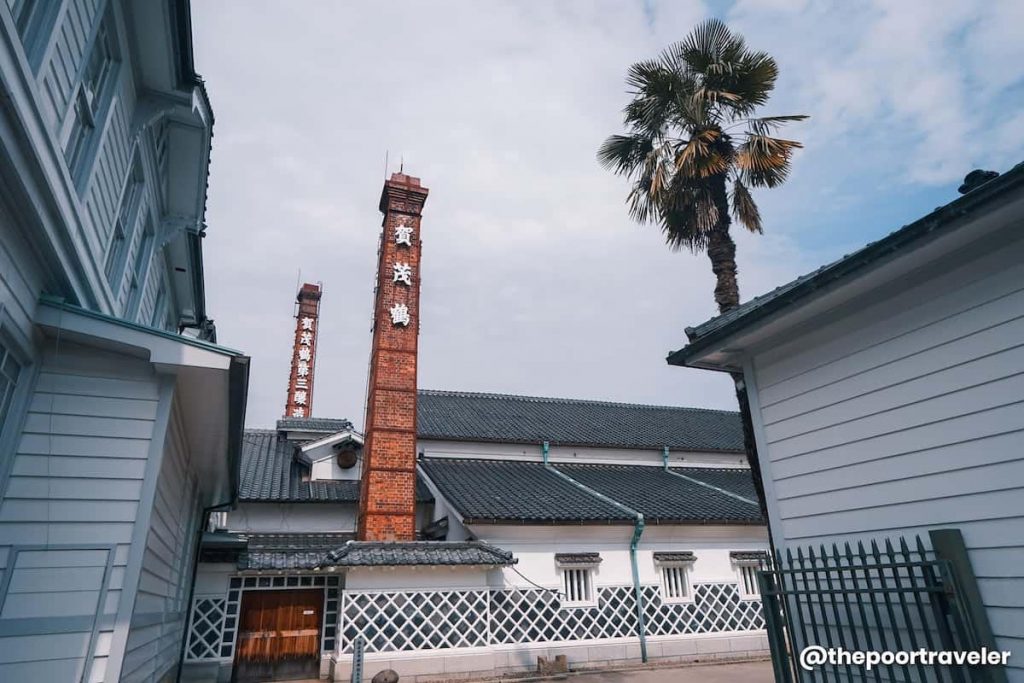 If you love sake aka Japanese rice wine, this activity is one that you shouldn’t miss. About 40 minutes from Hiroshima, Saijo will give you what is arguably the best sake you’ll ever taste in your life.

You can take a tour organized by the Saijo Tourism Office. The guided sake tour is available from Tuesdays to Sunday at 10 am and gives you a better perspective on how sake is made. Just be sure not to drink too much on each stop or you might have a hard time going back to your hotel.

The Sake Festival happens around October. So if you’re traveling within that month, you can check when the festival will take place to partake in the celebration and festivities.

How to Get to Saijo 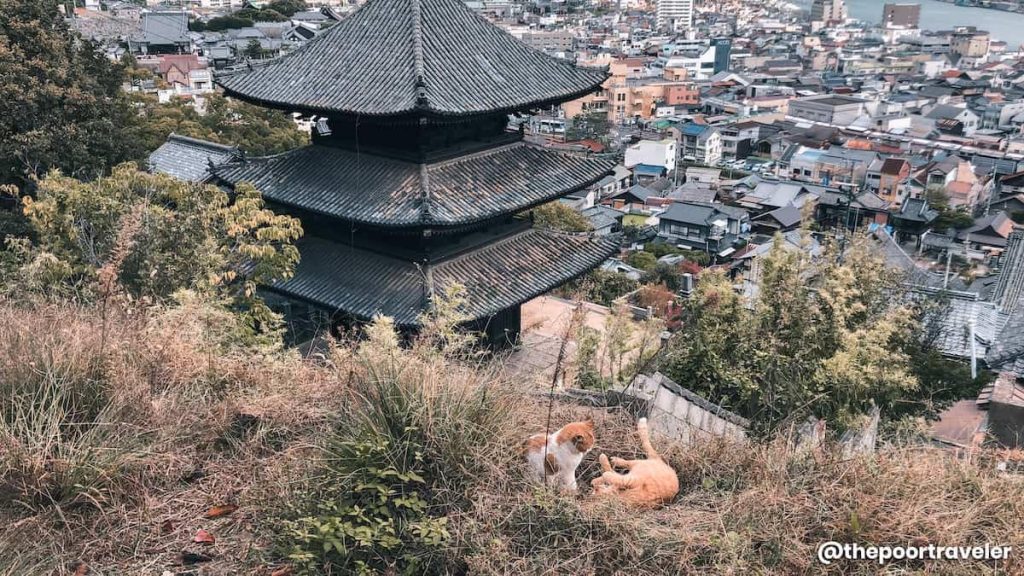 An hour away from the city center, Onomichi is a must-visit for travelers. It has a group of islands linked by the Nisheto Expressway, fondly called by the locals as the Shimanami Kaido. To explore and experience more of what ShimanamiKaido can offer, you might want to consider renting a bike or roam the area by foot. You’ll find a number of scenic roads and trails that often lead up to monuments and temples.

Other attractions found in the area are the Temple Walk route, the Hirayama Museum, Onomichi City Museum of Art, and the Kosanji Temple.

How to Get to Onomichi

If you have another day to spare in Hiroshima, you can visit Okunoshima. It is an island found in the Seto Inland Sea and is part of Takehara. Okunoshima was where chemicals were made during the war. It was called “Rabbit Island” because it was home to many rabbits during that time. References also mentioned that most chemicals were tested on these animals, so after the war, the rabbits were removed from the island. You’ll still get to see rabbits roaming around, but these rabbits are a different kind. They were introduced again to the island after the war and came from other places in Japan.

To learn more about the island’s dark past, you can visit the Poison Gas Museum.

How to Get to Rabbit Island

Note: Operation from Mihara to Kure was paused in July. It will restart operations in January 2019. If you’re traveling within these dates (July to December 2018), you can take a bus from Mihara to Tadanoumi or the Kaguyahime Highway Bus from Hiroshima Bus Center to Tadanoumi Station.

For nature lovers, a hike to Sandankyo Gorge Hike would probably be the highlight of your trip. You’ll find pools of clear fresh water and cascading waterfalls in the area. If you get hungry along the way, there is a restaurant that offers freshly caught-fish that can be grilled the way you like it.

The Sandakyo Gorge Hike is best experienced in spring and autumn; hiking is only allowed in the months of April to November.

How to Get to Sandankyo Gorge

Note: There is only one rapid bus that travels directly to Sandan-kyo Bus Stop in the morning. It leaves at around 8AM.