The infamous day when the Allied Forces dropped the atomic bomb has left an indelible mark on Japan, but the Japanese managed to recover from this tragedy and even turned Nagasaki into a tourist attraction and a thriving metropolis.

Nagasaki isn’t as popular as Hiroshima but is still a good place to visit for those who are looking for something new for their return trip to the country. It is a beautiful city with lots to offer travelers who like history and culture. There are a lot more places to visit and things to do, here are some of the attractions and places to visit. 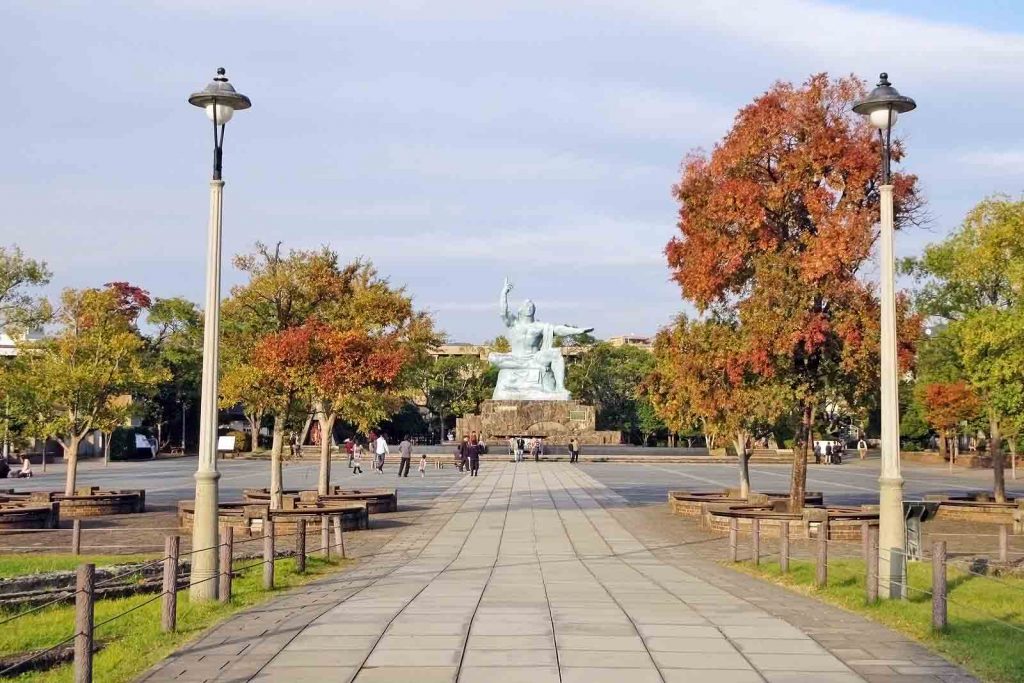 Nagasaki’s residents want to advocate peace and prevent the use of the atomic bomb in the future. The Nagasaki Peace Park commemorates the infamous day of the bombing in 1945. The park’s centerpiece is the Peace Statue, but there are also several other memorials and works of art. The statue is a symbol of grace, prayer for the victims, the threat of nuclear warfare, and peace. You can spend an afternoon here taking a leisurely stroll or relaxing on one of the benches. A good time to visit is during autumn as the trees’ leaves will be in various shades of red, yellow and green.

Entrance Fee: Free
Opening and Closing Times: Always Open
Directions: From JR Nagasaki Station, you can take Lines 1 or 3 of the tram; alight at Matsuyamamachi Station; the park is walking distance from the latter. 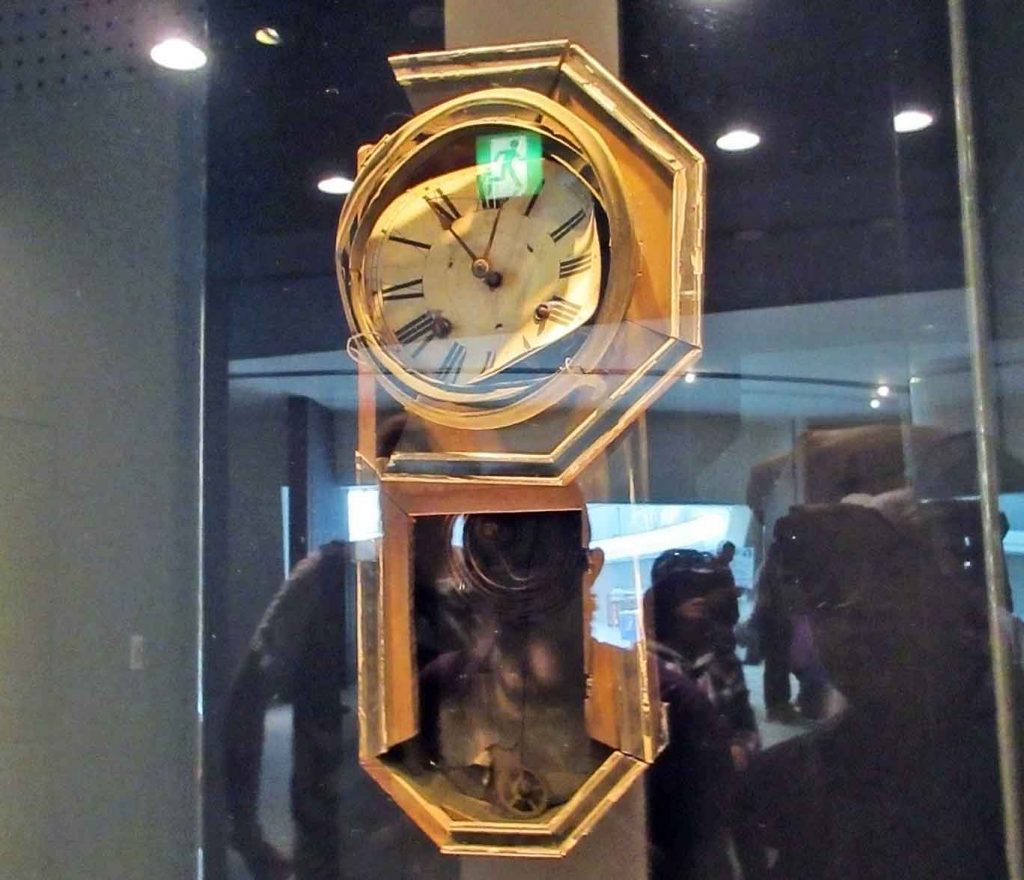 The Atom Bomb Museum is a must whenever you’re in Nagasaki. The museum has many items that survived the blast and stories of survivors. Reading the displays and watching the videos can be a harrowing experience but are also powerful reminders of the devastation an atom bomb can cause. The nearby Hypocenter Park has a black pillar that marks the spot of the bomb’s epicenter and is a noteworthy addition to your itinerary.

Entrance Fee: ¥200
Opening and Closing Times: 8:30 AM to 6:30 PM
Directions: The museum is near Peace Park and is within walking distance from Hamaguchi-machi stop of tram lines 1 or 3.

Built in the 1600s, Dejima was a man-made island in Nagasaki’s port. This was where the Japanese segregated the Portuguese from their own citizens and controlled many missionary activities. A couple of years after, the government had the Portuguese expelled, after which the Dutch took their place. Japan restricted the movements of the Dutch and confined them on Dejima. 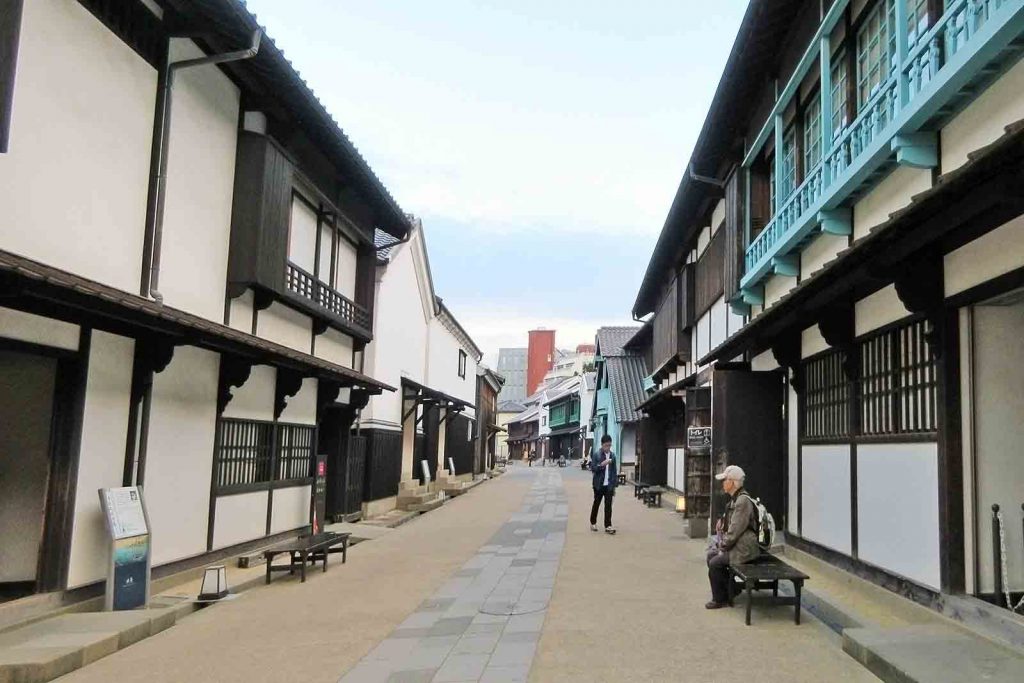 Dejima is no longer an island after the reclamation of the surrounding area during the 20th century. Despite the developments, several of its historical buildings and structures have been restored and maintained; some of which include warehouses, gates, and residences to give visitors a glimpse of what life was like centuries ago. 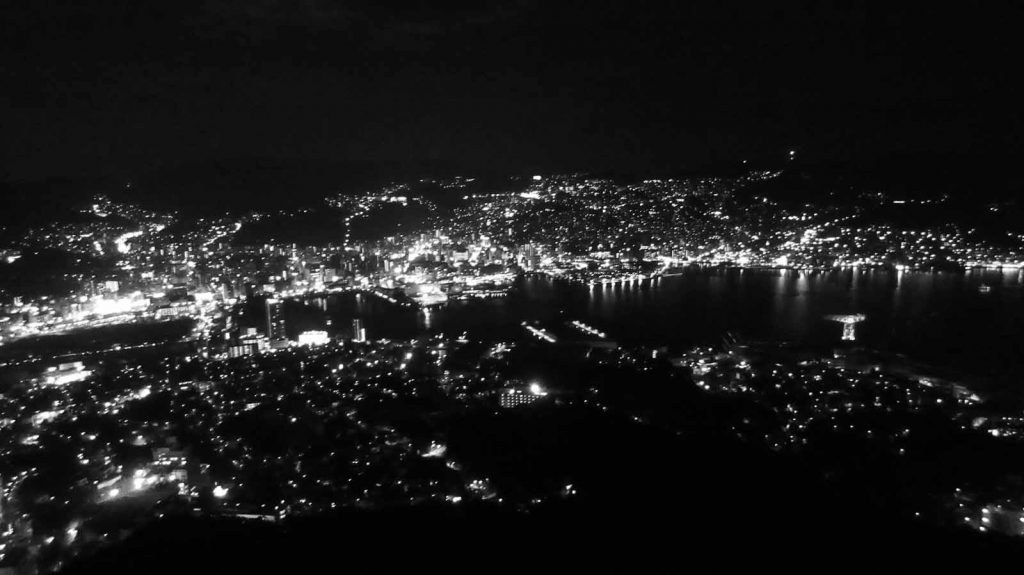 The view of Nagasaki from Mount Inasa is one of the most celebrated in the country. It comes as no surprise because once it gets dark, the metropolis glows in a constellation-like manner. It is also easy to get to the viewing platform as there are buses and a cable car to take you to it. Go early to get a good position of the city below as you’ll compete with locals and other tourists who want to get a good view and photos.

Entrance Fee: Ropeway Ride, ¥720 (one way); ¥1230 (roundtrip)
Opening and Closing Times: 9:00 AM to 10:00 PM
Directions: Nagasaki Bus travels from Nagasaki Station to Inasayama Bus Stop; the fare is ¥150. The nearby tram stop is Takaramachi. 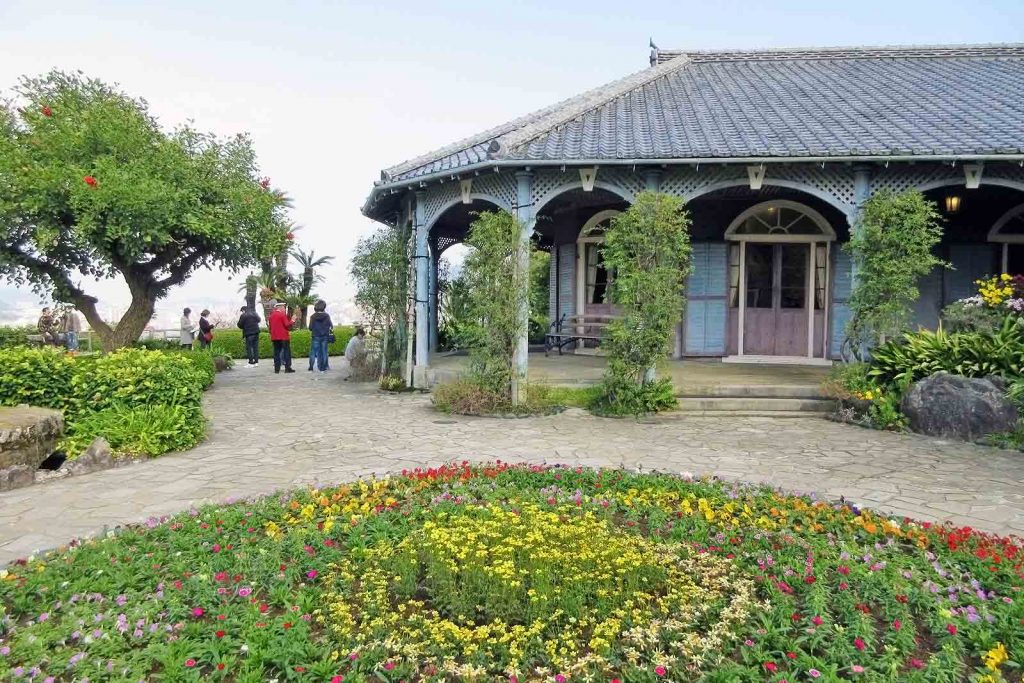 The industrialists from Europe played an important role in developing and ushering in the industrial age of Nagasaki and Kyushu. Glover Garden is a park built for Scottish, Thomas Blake Glover, who was vital in the heavy industries of shipbuilding, coal mining, and others. Within the garden complex, you can find Glover Residence, one of the oldest Western-style houses in Japan. The garden is a good place to explore, appreciate nature, and get a good overlooking view of the city.

Entrance Fee: ¥610
Opening and Closing Times: 8:00 AM to 6:00 PM
Directions: The garden’s entrance is near Oura Catholic Church. Get on tram line 5 and alight at Ouratenshudo-shita Station. 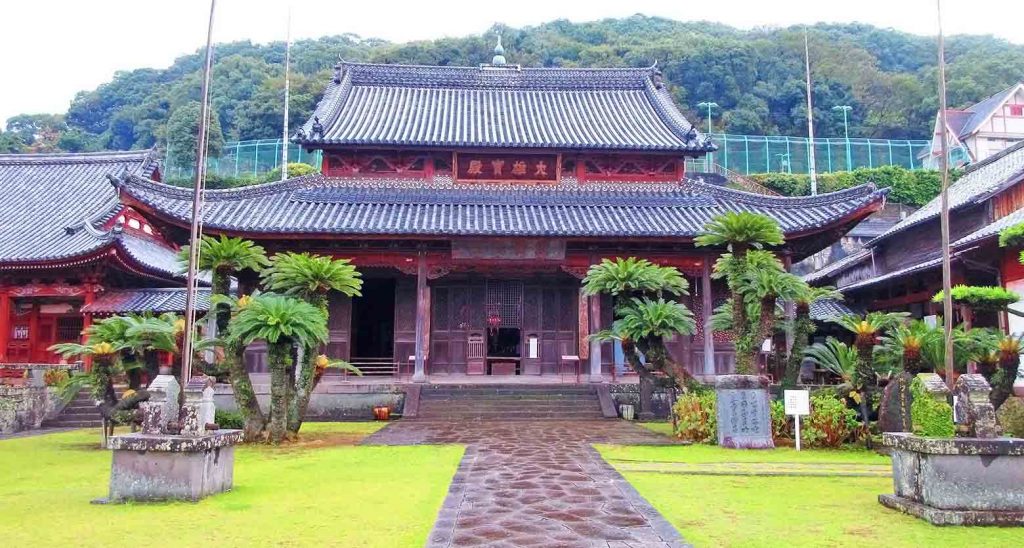 Temples are regular fixtures in any Japanese city. If you want to see one while in Nagasaki, Kofukuji should be part of your itinerary. Kofukuji is not just an important Chinese-founded temple but also the oldest in the city. The design of the buildings has hints of Chinese architecture. Explore the temple and find a quiet spot to rest or contemplate after visiting the other attractions.

Entrance Fee: ¥300
Opening and Closing Times: 8:00 AM to 5:00 PM
Directions: The temple is a short walk from Kokaido-mae tram stop.

This small island located around 20km from Nagasaki’s port was a coal mine with a few thousand residents in the 1970s. Gunkanjima is also known as “battleship island” when translated into English. Half of the island was for working in the mine, while the other half was for homes, restaurants, shops, a hospital, a public bath, and schools.

The mine shut down in 1974 and the residents had to leave. Typhoons, time, and lack of maintenance ravaged and deteriorated the structures decades after. The worn-down and decaying look of Gunkanjima gives it an eerie atmosphere and a ghost town ambiance.

Entrance Fee: Tours cost around ¥3400 to ¥4500
Opening and Closing Times: The time you leave and depart will depend on your chosen boat tour
Directions: Nagasaki Port Ferry Terminal is the place you want to get to. It is near Ohato tram stop on Line 1.

Bernard Petitjean and Louis Furet were French missionary priests that arrived in Nagasaki in the 1860s. They intended to build a church to honor Japanese martyrs. The fruit of their intentions was Oura Church. The church earned National Treasure Status in the 1930s. Nagasaki is a bit different from other Japanese cities as you’ll visibly see Christian influences such as churches.

Entrance Fee: ¥600
Opening and Closing Times: 8:00 AM to 6:00 PM
Directions: The church is near Glover Garden’s entrance and the closest tram stop is Ouratenshudo-shita Station on line 5.