Japan is a country rich in culture and history that date back centuries. One of the remnants of these is the castles found in different parts of the country. In ancient Japan, a need for castles arose because of the weakened central government and the prevalence of feudal wars among states. Fast forward to today, these grand and magnificent structures are still around and serve as reminders of the country’s
vibrant past.

Japan has a number of beautiful castles for those who want to get a glimpse of the past. Here are some that you should add to your bucket list when you visit the country. 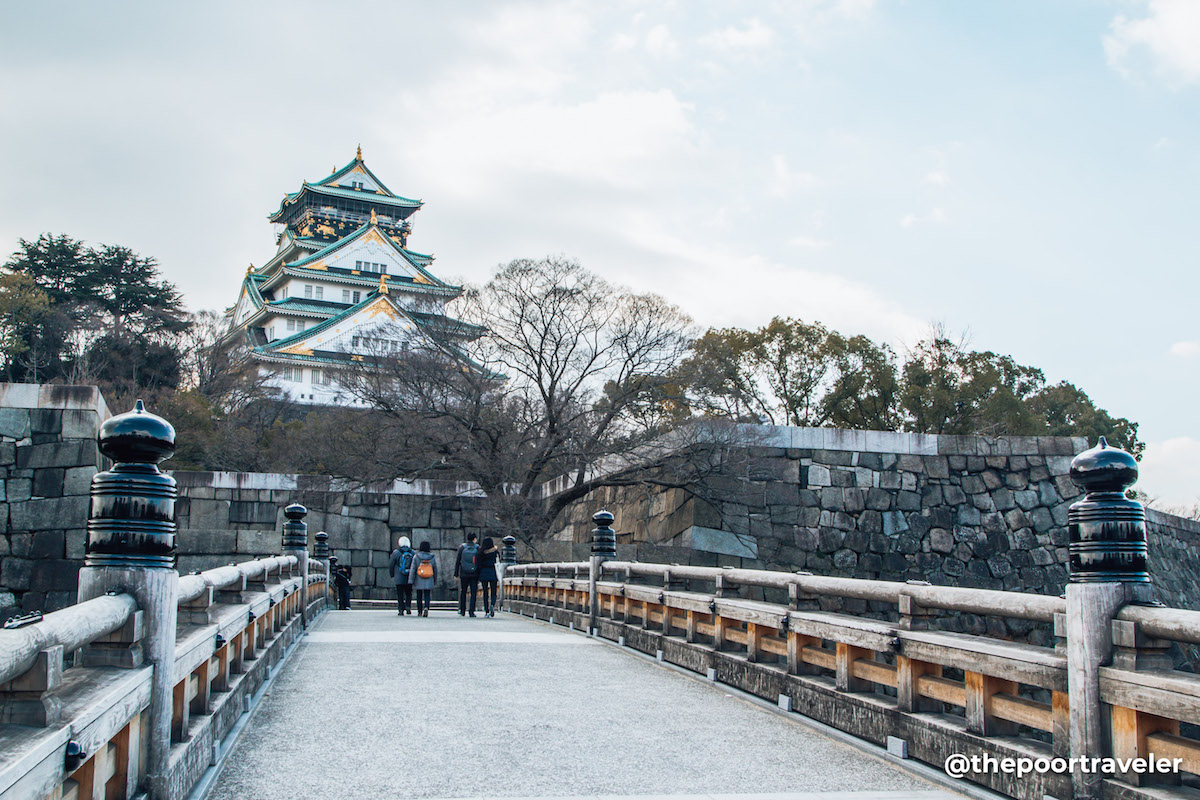 Most people visit Osaka to eat; it is famous for its many hole-in-the-wall restaurants and food stalls that have a variety of local dishes. However, one of its most recognizable landmarks is the Osaka Castle. This towering structure used to be the seat of power in ancient Kansai. Its massive man-made stonewall thwarted invaders and withstood many battles. The city’s skyline would be incomplete without it; it stands as a reminder of the culture and the past of the metropolis. 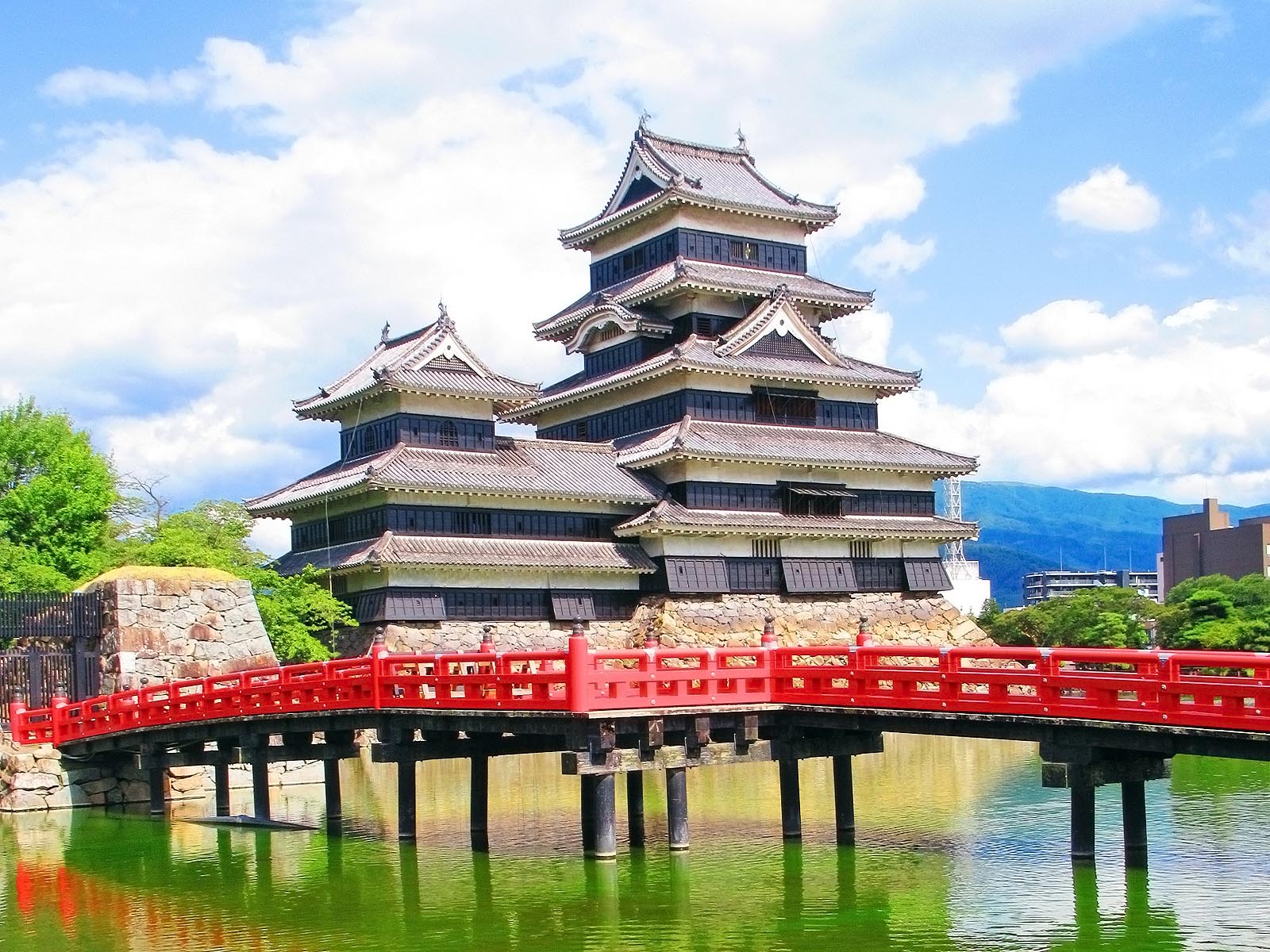 Matsumoto Castle is one of the most beautiful castles in Japan. It comes as no surprise because the mountains and clear skies serve as its background. Also known as ‘Crow Castle’, its black exterior exemplifies the ruler’s grandeur and majesty. While most castles in the same period were built on higher ground with the defensive and offensive strategy in mind, its location on flatland distinguishes itself from others.

The castle is also a popular place for viewing the cherry blossoms; its beautiful exterior is the perfect backdrop for the blooming flowers. The water surrounding it turns into a mirror during certain times of the day. The castle’s reflection makes for good photos regardless of the season. Visit Matsumoto Castle at night to see it light up.

As a visitor, you’d want to see a relic of a city’s past. If you’re that type of person, Nagoya Castle is the place to go while you’re in the city. The structure played a prominent role in the region during the Edo period. It saw the rise and fall of warlords and the battle for power; walking in and around it give you glimpses of the city’s past. 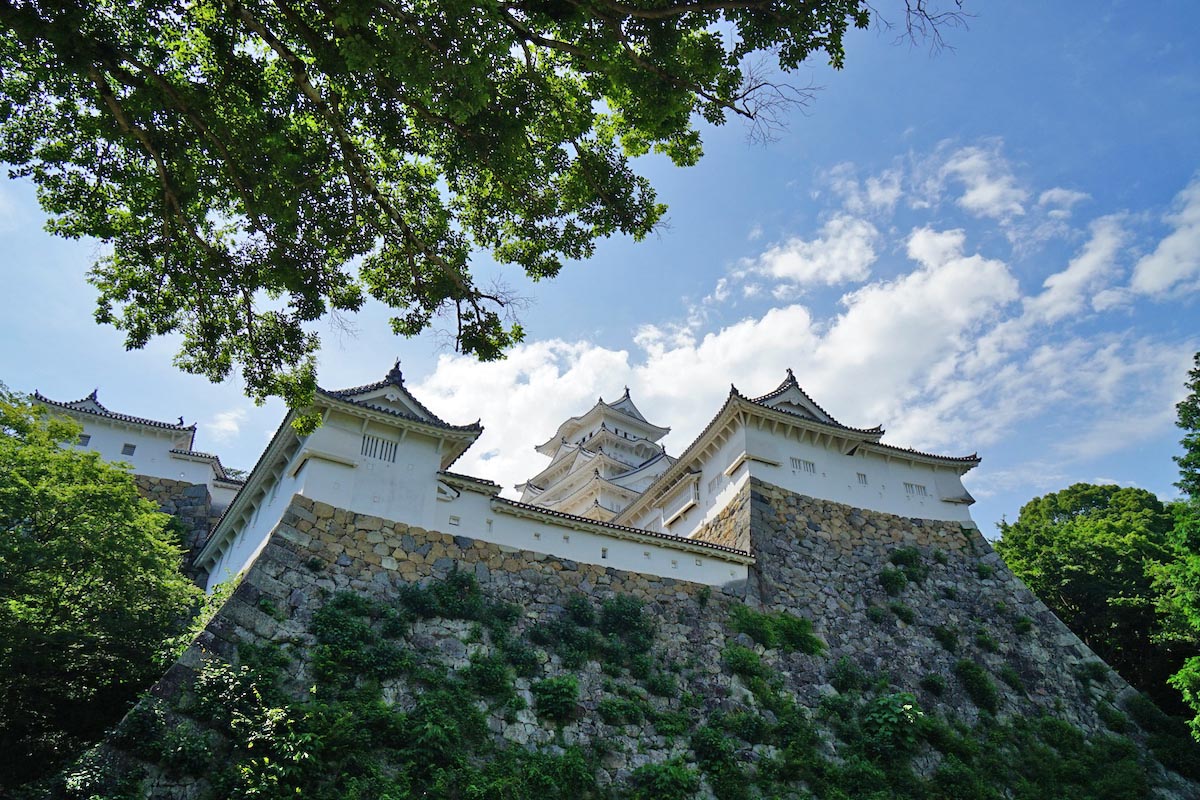 If you were to visit one castle in Japan, Himeji should be it. Many agree that Himeji Castle is one of the most pristine and beautiful examples of traditional Japanese castles. Located in Hyogo Prefecture, the castle stands out with its white, majestic color and its design that makes it look like an egret about to fly.

With its architecture and sheer beauty, it comes as no surprise that this structure is on UNESCO’s heritage list. Visitors will get a glimpse of the castle’s majesty while walking toward it, and their search for beauty will be satisfied once they reach the best possible spot to view it.

Shuri Castle was the seat of power during the reign of the Ryukyu Kingdom. Located in Okinawa, this red-tinged castle is centuries old and is an important part of Japan’s ancient maritime network in East Asia. It has also experienced different epochs in history, from the Ming Dynasty to Commodore Matthew Perry’s visit and American Occupation after World War II. Get lost in time exploring its interior and exterior.

Japan has plenty of notable ancient castles within its cities or just outside it; one of which is Matsue Castle. It is one of the few remaining medieval castles in the country that still has its original wooden structure. It is one of the oldest castles in Japan, which may elicit a feeling of nostalgia for some. Its design and color make it seem bird-like. The once proud complex now only has its tower to remind visitors of its former glory and majesty.

This castle is centuries’ old, finishing construction in 1597. Its black color has earned it the moniker ‘Crow Castle’ which is a direct contrast to Himeji Castle in Hyogo. Like many castles in Japan, the complex led to the growth of a vibrant town with merchants of all kinds and a hustle and bustle that one would typify of a modern-day town. A walk inside and outside the castle complex takes you back in time and provides you with a brief history lesson.

Walking into and exploring the castles of Japan is like walking into a time warp; the restored structures and maintained interiors take you back to medieval times when feudal lords and samurais reigned. It’s a nostalgic look at the storied past and history of the country. If you’re into these, a trip to the castles found in different prefectures is worth the money and effort it takes to get to them.