Japan’s cities are vibrant and provide an eclectic mix of old and new. This offers visitors a unique experience with each trip. There are places in the country where you get a glimpse of the past. There are preserved old towns characterized by traditional homes, ryokans, and shops that sell local fare. Here are some of the places in Japan where you can do a bit of time traveling during your visit. 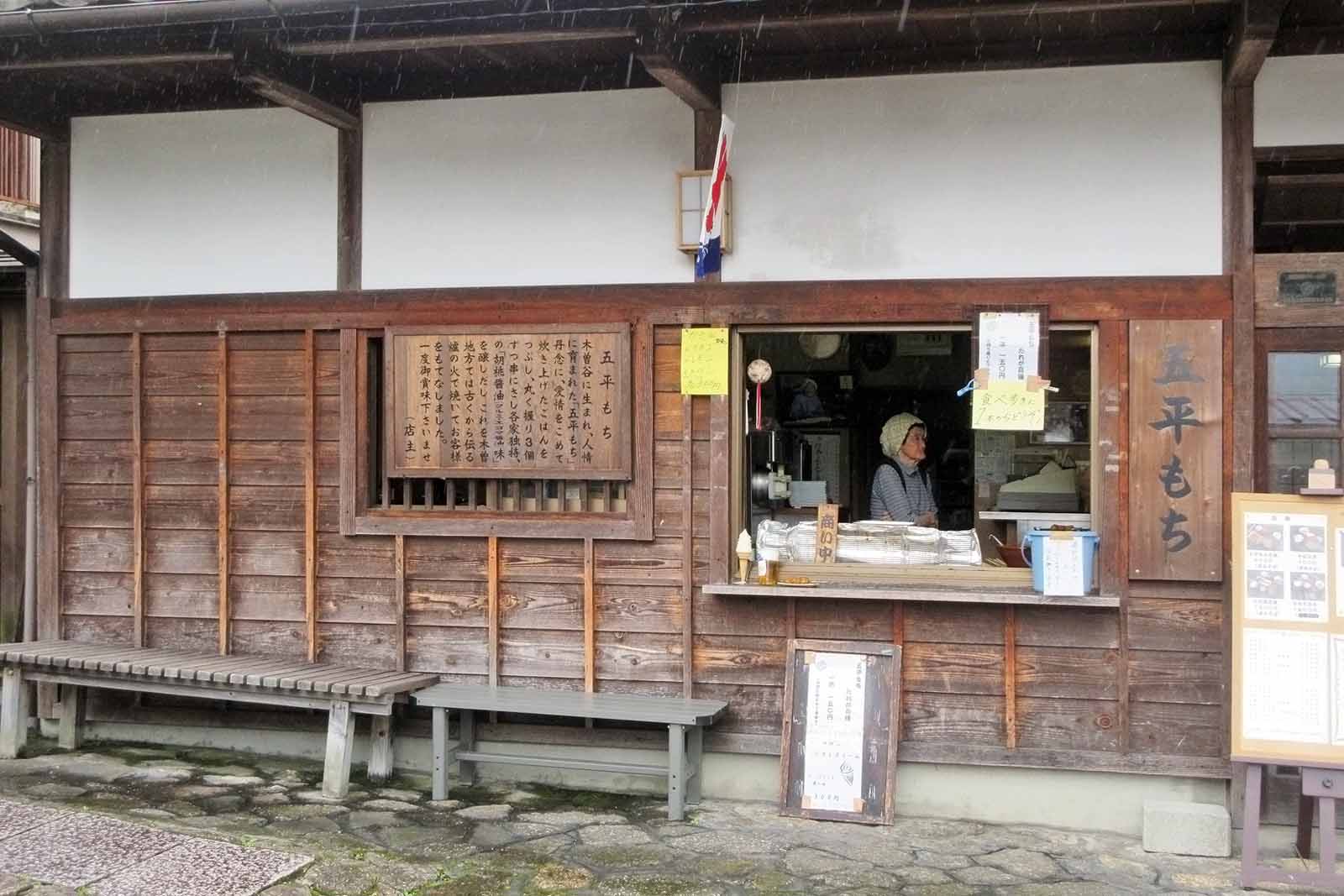 The Kiso Valley used to be an important route that connected Kyoto and Tokyo during ancient times. There were many post towns along the way that served as rest and meal stops for travelers; one of those places is Magome. It underwent restoration and preservation to provide local and foreign visitors the opportunity to learn about the region’s history. During your visit, you’ll see traditional houses and shops. These contrast with the usual urban sprawl you’ll see in big cities like Nagoya, Tokyo, and Kyoto. You have the option to take the bus or walk the trail to get to nearby Tsumago.

Entrance Fee: Free unless you enter the museums
Opening and Closing Time: Always Open
Directions: You can get to this post town by bus from JR Nakatsugawa Station; the ride takes about half an hour and costs ¥560. 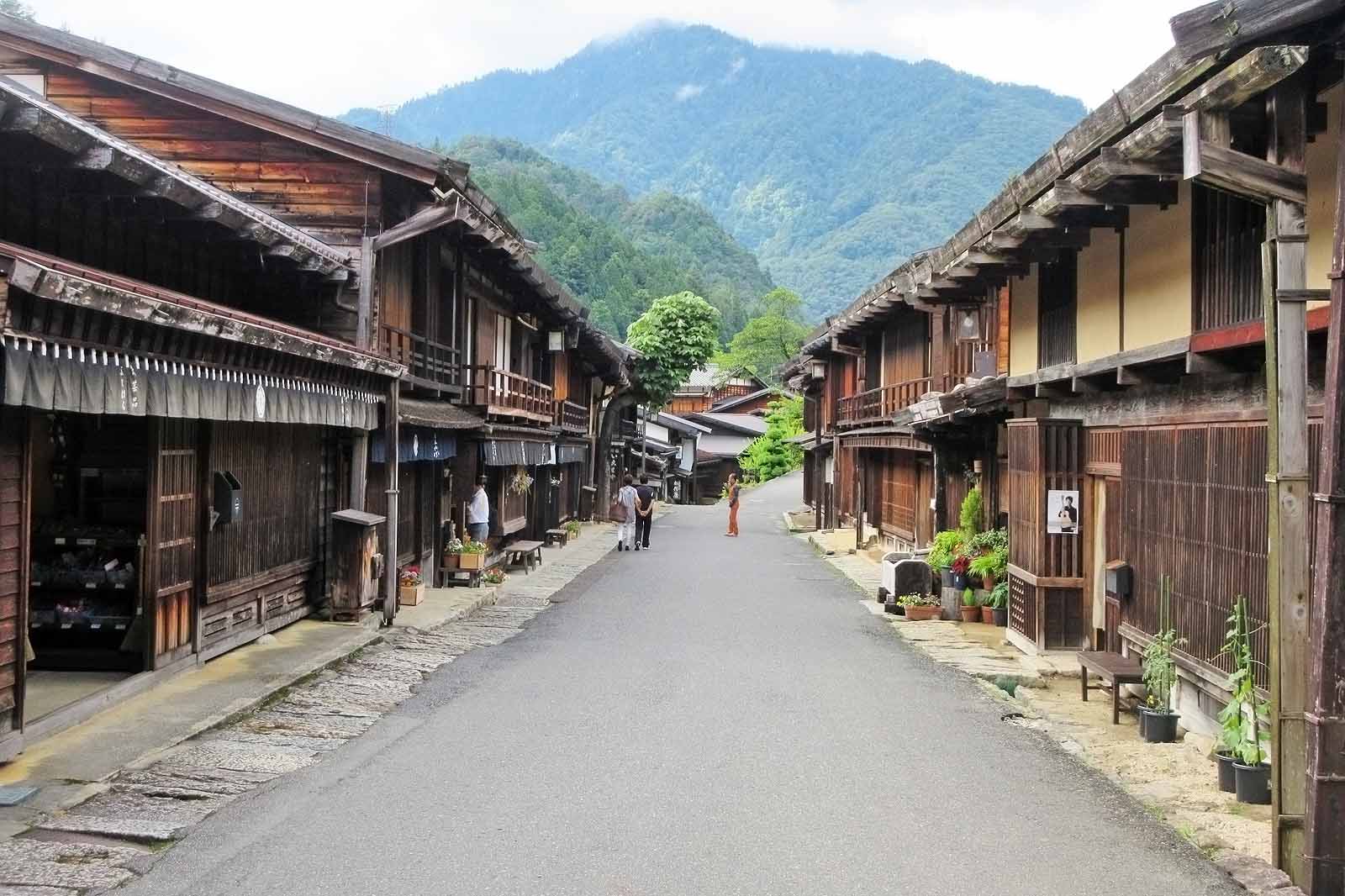 This old post town used to play a vital role in the inflow and outflow of people to and from Kyoto and Edo. It is recognized as one of the most well preserved old towns in the country. You’ll see traditional houses, honjins and wakihonjins, and shops. The honjin is for government officials while the wakihonjin is for citizens of a lower class. The residents went out of their way to recreate the atmosphere of ancient times. Get lost in the alleys and roads; imagine what life was like centuries ago. You also have the option to take the bus or walk the trail that goes to Magome.

Entrance Fee: Free
Opening and Closing Time: Always Open
Directions: There are infrequent buses that travel between JR Nagiso Station and Tsumago; the fare is about ¥300. You can also walk to this post town from Magome or to and from Nagiso Station. 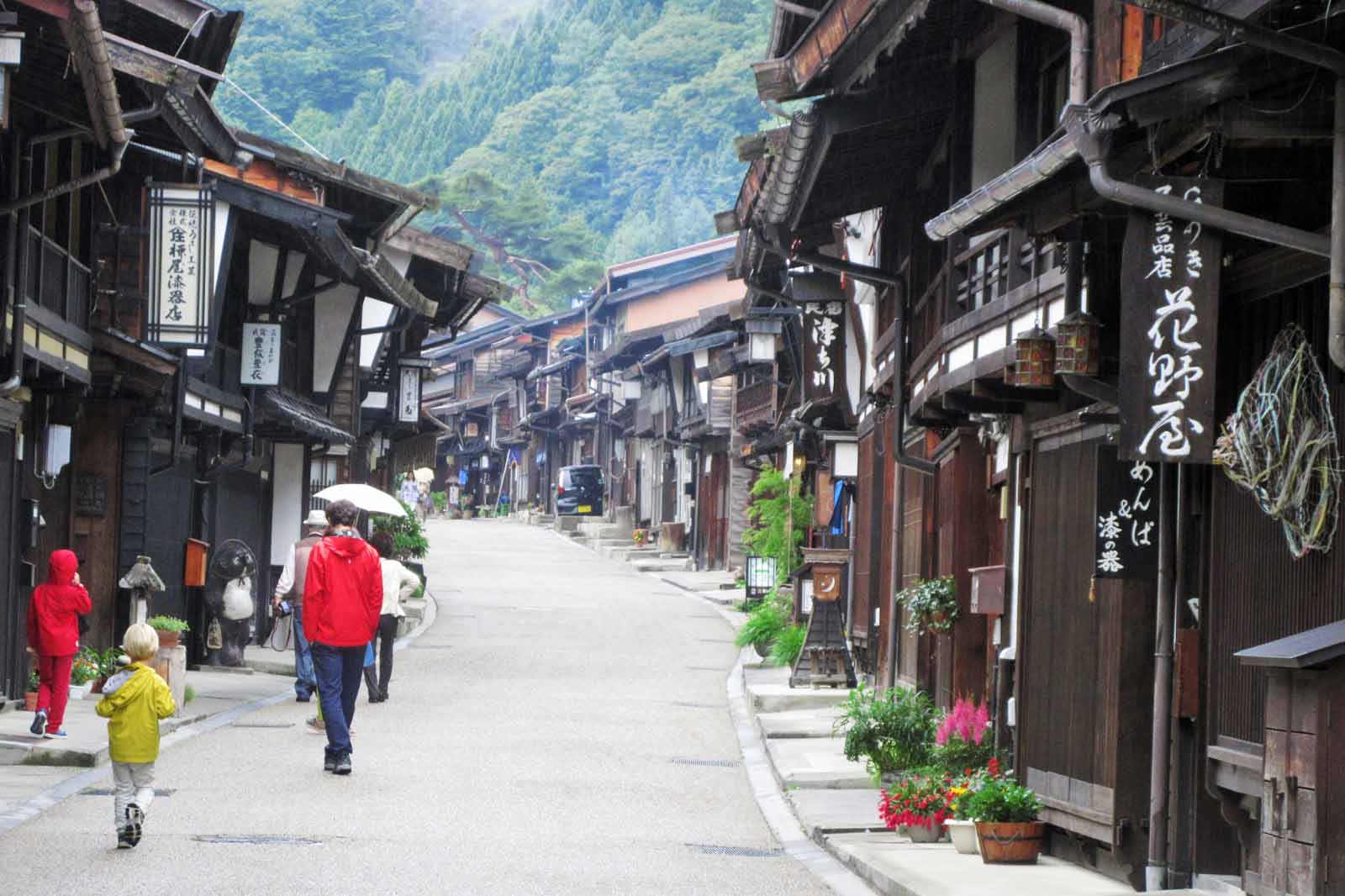 During ancient times, Narai was a thriving post town along the Nakasendo Route. Its location also allowed it to thrive. It was the halfway mark of Edo and Kyoto. It is also one of the wealthiest towns along the route. In Narai, you’ll see longer stretches of traditional homes, shops, and restaurants compared to those in Magome and Tsumago. However, compared to the other two, Narai allows for cars to pass through its streets and there are no more honjins and wakihonjins. When you explore the old town, you’ll see remnants of its storied past characterized by old houses following the ancient style and notice boards.

Entrance Fee: Free unless you enter the museums
Opening and Closing Time: Always Open
Directions: You can get to Narai Station (the closest to the post town) from Nagoya via the JR Chuo Line from Shiojiri Station or via local train from Kiso-Fukushima Station. You’ll have to make a transfer in between trips. 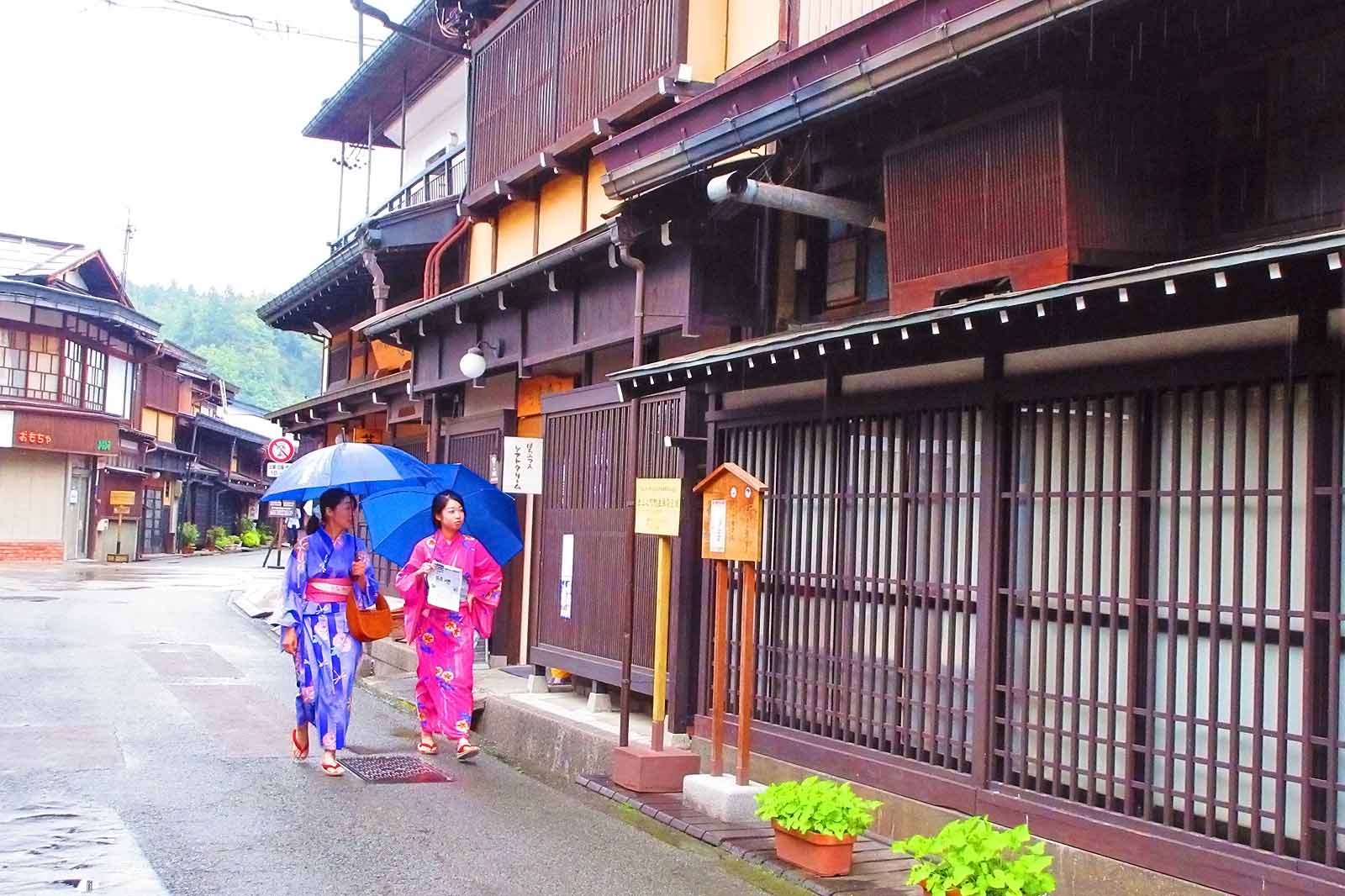 Hida-Takayama is a city in the mountains of Japan’s Gifu prefecture. It has managed to maintain a hint of its traditional past despite the modernization that took place within it. It has a bucolic ambiance that very few cities manage to retain. One of its biggest draws is the preserved old town characterized by wooden houses, temples, and nearby onsens.

Takayama used to be the residence of rich merchants during the Edo epoch. A walk through the old town will lead you to discover that many of the establishments have managed to survive and thrive for centuries. The sake breweries, traditional residences, shrines, and museums will take you back in time with their display of artwork, methods, household items, and products.

Entrance Fee: Free unless you enter the attractions and museums
Opening and Closing Time: Always Open
Directions: There are hourly express trains (JR Hida) plying the Nagoya to Takayama route; the fare is around ¥6000 and takes 2 and a half hours. You can also take the bus which costs ¥2980. The old town is within walking distance of the train and bus station. 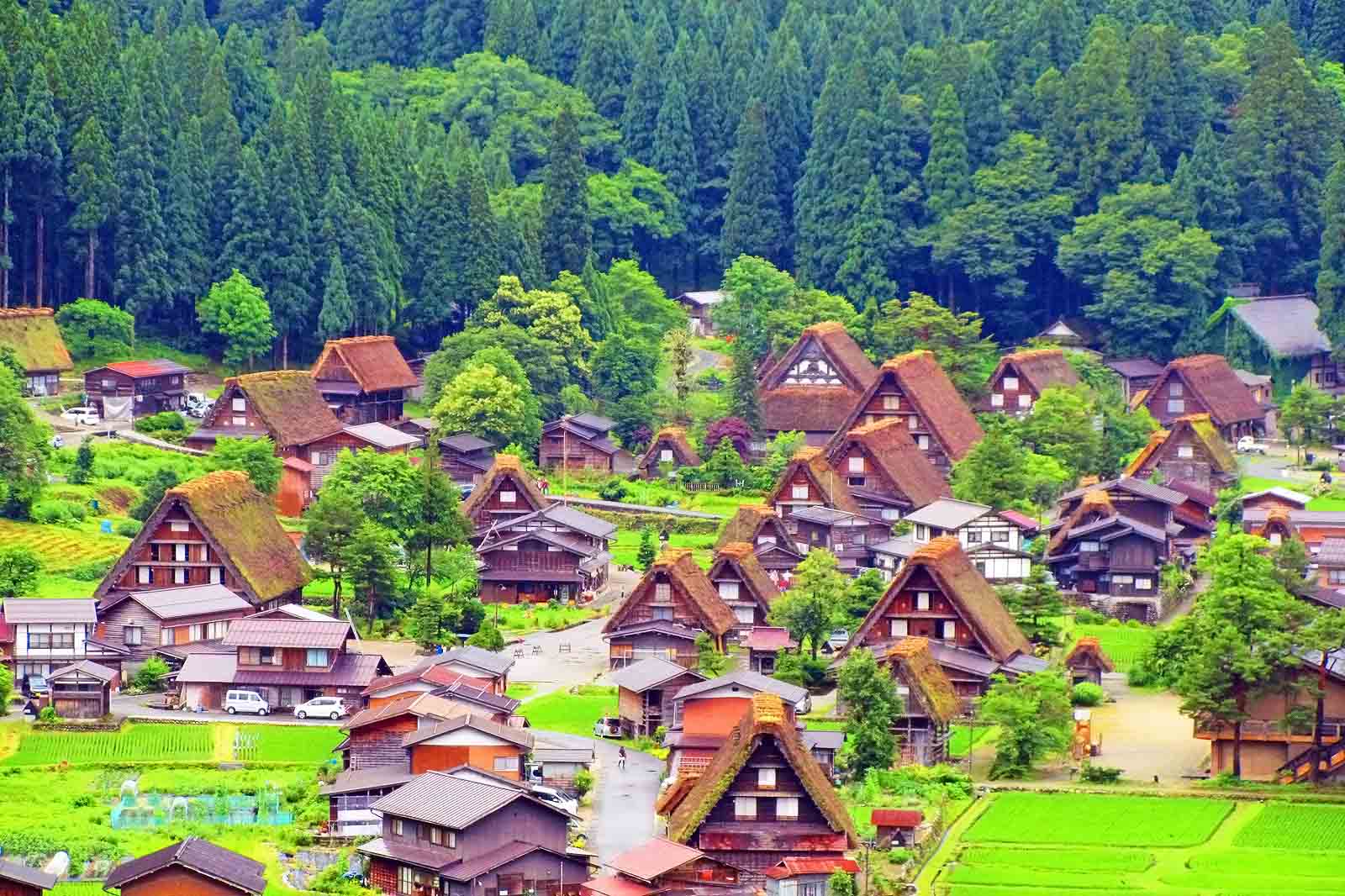 Shirakawago is a UNESCO-listed site because of its carefully preserved traditional homes and structures. The houses you’ll see follow the gassho-zukuri design which makes them look like praying hands. The construction is not just about aesthetics, but it also has a practical reason; this allows them to withstand heavy snowfall during winter. The farms and trees in the area create an idyllic ambiance for those who want to get away from the fast-paced life of the city. Some of the homes have been around for more than 200 years. Shirakawago is a good place to visit regardless of the season, but the best time to go is during the winter season. You’ll see the quaint houses covered in snow and lit up at night.

Entrance Fee: Free unless you enter one of the museums and houses
Opening and Closing Time: Always Open
Directions: From Nagoya, you can take the Gifu Bus to Shirakawago; it takes around three hours and costs ¥3900 one way. From Takayama, you can take the bus from the terminal; the fare is about ¥3700.

The Nakasendo Route has many old post towns that date back centuries and provide visitors with a glimpse of what it was like living and traveling during the Edo period. Nakatsuagawa is one of the towns along this famous route. Despite the restored appearance of the many wooden structures and traditional houses, the area still holds a lost-in-time ambiance that contrasts with the city landscape of the places the Nakasendo connects. You’ll see markers for the honjins and wakihonjins, temples, stone lanterns, and warehouses that date back to ancient times.

Entrance Fee: Free unless you enter the museums
Opening and Closing Time: Always Open
Directions: The Chuo Line has rapid trains that travel directly from Nagoya Station to Nakatsugawa; the travel time is around 50 minutes.

The literal translation of chaya is ‘teahouse’ but it isn’t just that. It is an exclusive establishment where geishas perform for guests. Kanazawa’s most famous chaya district is Higashi. Much like the other old towns on this list, you’ll see remnants of the past while you explore. Traditional wooden structures, teahouses, and shops all remind you of the era that was.

Entrance Fee: Free unless you enter some of the teahouses
Opening and Closing Time: Always Open
Directions: You can get to this district on Kanazawa Loop Bus’s Right Loop from Kanazawa Station. Alight at Hashibacho and walk.

Japan is a modern country with big cities. But outside the urban sprawl, the neon-lit shopping districts, and the typically organized chaos of a metropolis are beautiful old towns that are time warps into the country’s storied past. Old trails that connect the ancient cities of Edo, traditional homes, teahouses, and centuries-old shops characterize these towns. Visit these destinations to see how far the country has gone. Despite their modernization, the Japanese still treasure their history and are proud of it.